On the 27th of January 2017 the three-masted vessel Regina Caelis sank alongside the jetty in Portaferry Northern Ireland, it was carrying an estimated 1000 litres of diesel in its fuel tank and other possible bilge oils.

The water surrounding the vessel had signs of diesel contamination in the form of a visible iridescent, Ambipar Response Ltd are the local Tier 2 contractor for that area and had the call to respond to the incident.

Absorbent booms where deployed around and next to the vessel to aid in the recovery of the free phase iridescent, safety was forefront of this operation as the current can reach in excess of 8 knots.

At the end of the sixth day the surrounding waters had a visible reduction in oil contamination and the Ambipar Response Team demobilised their equipment, leaving a contingent of absorbent booms on standby.

The authorities such as North Down Borough council, Northern Ireland Environment Agency, Maritime and Coastguard Agency & the Department of Agriculture, Environment and Rural Affairs will be closely monitoring the situation and assessing any environmental impacts.

The fate of the Regina Caelis has yet to be decided, there is always a possibility that she will once again sail the seas, but only after a well-planned salvage operation will we know the outcome. 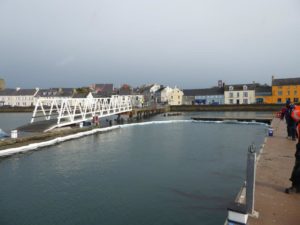 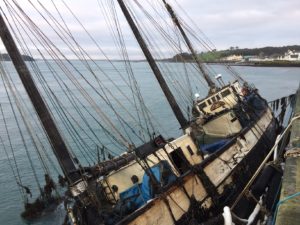 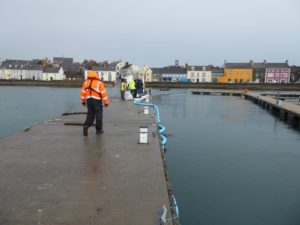